“A woman should be suspicious of a man who get turned on by being penetrated.” 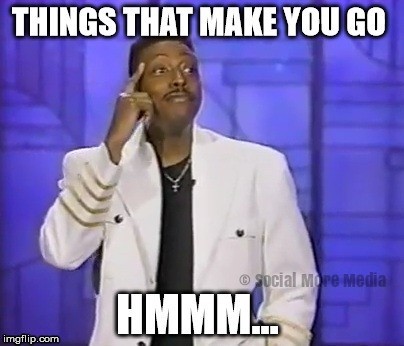 But we’re going to skip over that……

In another life I was a fem dom.

If you’re unfamiliar with the term it’s short for female dominance. The woman is the dominant partner or top partner. I imagine myself in stilettos, with a flogger in hand, and a tight black corset making my titties sit up all perky. I always imagine myself with perky titties in fictional situations! But in this fantasy I’m also wearing a harness and pegging my partner. He’s holding his legs up  or positioned doggie style. And guess what…..he’s loving it! Interestingly enough this partner in my head is always Caucasian. Not that I believe that all Caucasian men enjoy being pegged, but in my times working in our store those are the only ones inquiring about it. Sometimes with their woman partner in tow.

I did have a stab at it before.

He kind of mentioned it slightly, gauging my reaction. I already knew where this was going. I thought to myself, he wants me to lick his butt!!! I was down for the cause! Little did I know he was open to more. When I had a clue that he might be down for more than a licking anal play I made sure I prepped. I was younger then and didn’t fully understand how lube could take sex to a whole ‘nother level, but knew it could be necessary for me to get up in his ass. Yes, you need a good lube. My pick is always Uberlube for anal. So I picked up some lube for my nightstand and also clipped my nails. I’m not trying to hurt the poor man LOL. I feel like homophobic cis gendered men need to have a lot going on to force the homoerotic thoughts out of their head. You have to tag team the dick and the ass! I started off with oral sex, then moved into licking their taint (perineum), moving back to oral sex, only then when they were in bliss I started with the finger. You know how guys do that move where they distract you during the arousal process and slip on the condom…..that’s how I unnoticeably got the lube open and on my finger. What’s good for the goose is good for the gander!

Let’s look at how the male anatomy is set up so it all makes sense.

So let’s imagine that instead of a big man hand that’s a woman’s cute dainty hand. (I understand how this pic isn’t helping my case of it being non gay but I couldn’t find any with a woman’s hand…work with me.)

Ok, back to my story. While performing oral sex I performed the “come hither” motion associated with the G-spot, I used the same motion to massage the P-spot.

My pseudo fem dom career was over as fast as it had begun.

Another vibrating sex toy is the Diver. It’s specifically designed with an angled tickler to stimulate the prostate. It also gets kudos for being completly submerssible.

A good silicone lube is a must. Without a doubt Uberlube is the way to go and my favorite by far.

Hart’s Desires is a sex toys and intimate accessories enterprise. Hart’s Desires provides high-quality, safe, and fun apparel, products, and novelties to enhance all sexual and sensual experiences. We carry a variety of items to include lingerie, sex toys, creams, lotions, potions, and things in motion.